These videos from Chilly Gonzales are brilliant. Check them out if you haven’t!

END_OF_DOCUMENT_TOKEN_TO_BE_REPLACED The last call is here to enter Red Bull’s 2015 Thre3style World Finals! With a long list of Friends Of The Rub that have competed and even taken the crown, Four Color Zack, Moma, Mike 2600, Hedspin, Skratch Bastid + more, we wanted to let all our other homies know you still have some time to enter. This coming year’s world finals will be held in Tokyo, so don’t hesitate and if anything you get to go to Tokyo and reenact Bill Murray’s karaoke scene with all your best buds.

HERE IS THE SIMPLE ENTRY PROCESS:
– Fill in the form below.
– Upload a 5 minute VIDEO of your Thre3style set to the site on the form. Just you in the studio doing your thing, shot from an angle where we can see what you’re doing – make sure the file name contains your DJ name and country.
– Leave us wanting more.
– If selected you’ll be contacted with the info provided below.
– Don’t worry, your video will remain private and only seen by our judges.

Think you got what it takes? Send in your application here

If Ian Curtis was alive to see this he prolly would hang himself again. Nah, I’m good.

Mr Dibbs, the innovative DJ and producer, the one who has given so much of himself and his heart through music, entertainment and now food, has come to a place in his life where he is in need of our help. Last month he was diagnosed with Cirrhosis which is the scarring of the liver and poor liver function. It is the final phase of chronic liver disease. He is no longer able to work being that he is in and out of the hospital too much. In just a month, having no insurance, his medical bills have reached over $485,000. Please, if you can spare it, any amount would help. You can make donations directly to Brad through the paypal account email [email protected] Go to Paypal, click send money, in the TO address type in: [email protected] You can follow Brad’s progress at www.twitter.com/mrdibbs. Thank you all. 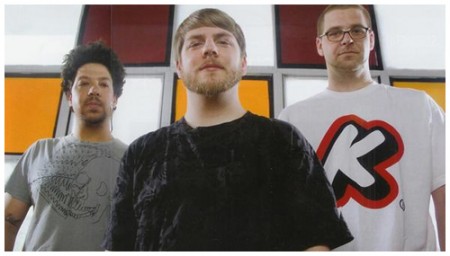 DJ Ayres and DJ Eleven… What can I say about these fucking guys? The first thing is that I’m surprised that after 9 years we haven’t killed each other. The second is that I love these fuckers like brothers and, through the ups and downs, what we have collectively and with each other is a great thing. A lifetime thing. Third is that I can’t believe we actually made it this far. The Rub started back in 2002 as a foil to the New York City nightlife climate that was at an extreme low point. I always factor in the three things that created the malaise of the early aughts. The first thing I always attributed it to was the after-effects of Rudy “FUCKFACE” Giuliani’s draconian “Quality Of Life” laws and how that basically was designed to sap all the fun and vibrancy out of Metropolis. To this day, there is not one politician that makes my blood boil in the same way that FUCKFACE does. As much as I sincerely loathe Bush, Cheney and the unholy cabal of right-wing idiocracy, it’s Giuliani who makes me want to “Hulk SMASH.” The second thing is the rise of bottle service culture. Of course money runs everything, and we all know that. But there was time when a perfect balance between making money and showcasing music was alive. But with bottle service, commerce and bottom line stepped to the forefront – and in doing so pushed music completely out of the way. Now I’m not trying to paint this picture of halcyon club days where everyone did it for love, but by this point music had taken such a back seat to selling alcohol that the actual production of music began to suffer in a huge way. As did DJing. The art of it. The craft. The imaginary status of it. It all shifted in a direction that was away from being pure of heart. And the third, obviously, was September 11th. Not much to be said about that one. We’re all still getting over that, as if we ever fully will.

So the idea was to create this foil contrasting the mockery that partying in Manhattan had become. Initially it was just Ayres’ birthday at a new place in Park Slope called Southpaw, where Ayres and Eleven and a couple other folks decided to throw this party that was classic disco and non-radio rap music and house. Fuck bottle service. Fuck an oppressive front door policy. Let’s just have fun, get drunk, get laid, listen to some JAMS and forget about the rest of the bullshit that we’re dealing with in the real world. I guess that concept kind of resonated with people. I had known both these dudes since before the party was established and they had me up from Philly to do a guest spot either the second or the third installment. I guess I did pretty well, since they asked me back a couple months later, and then a couple months later than that. As the 1 year anniversary came, I found myself moving to Brooklyn and spinning, along with Ayres and Eleven, at The Rub on a monthly basis. It was around this time that we said to ourselves “He, we have something pretty groovy here. Maybe we should try to solidify things as a crew or sorts.” And we never looked back.

8 long years have passed since then. And that all still seems like yesterday. We’ve released countless records, remixes, CDs, done shows around the globe, all as this DJ remix crew that we started just for the fuck of it. People have told me that the shit that we were doing in the early 00s was groundbreaking, innovative and highly instrumental in pushing the type of music and DJing that we deal with in the direction where it is now. I dunno about that, cause at the end of the day us three dudes were just doing what we love. But it is pretty remarkable to see what has become of this.
I’m truly grateful. Grateful for Ayres and Eleven for rocking with me all these years. For Mikey, Matty and the rest of the Southpaw family for giving us a home. Grateful for Rahnon, my BFF for holding down the front lines for me (for 14 years at this point – I love you babe,) and grateful for my man Kenan for being the King Wolf and holding us all down. But most of all I’m grateful for the people who have supported us over the years. We open doors at 10 PM. At 9:45 there are 20 to 30 people outside. By 10:30 the line is around the corner. And people still flock in droves. And people travel from distant countries to rock with us. And people have locked in with us for 9 fucking years. What more can I say about that?

I will say two things. Thank you all for everything. This has been the ride of a lifetime. And secondly, you should come and rock with us this Saturday in Brooklyn. Me, Ayres, Eleven, my homeboy Low Beezy, and the rest of the fam. Trust me – you will have the time of your life! We would LOVE to see you out…