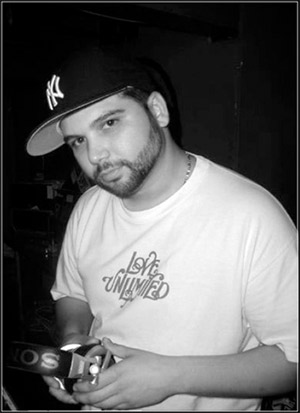 Our boys, The Freshest, from Canada are at it again as they have released a new EP titled “Call Your Name” on their own label, The Freshest Records. We’ve been long supporters of these guys, and have had them all play The Rub back in November. DJ Marvel and Kutcorners have been responsible for some of our favorite live mix series and always are a treat to party with.

The Call Your Name EP dropped at all online retailers May 28, 2013, so go check it out on ITUNES, JUNO, and BEATPORT.

For a sneak preview of the release, stream the EP below:

Friends of The Rub – Young Guru

This month we bring in one of the most important figures in all of music, known as the “Sound of New York,” Young Guru. This man has been the mixing wizard behind the curtain for countless hits over the past 12 years, including 10 of the past 11 Jay-Z albums, Kanye’s “College Dropout” LP, Beyonce’s “Dangerously In Love”, and Ghostface Killah’s “Fish Scale”, among numerous others. He also was the DJ for Kanye and Jay-Z’s ‘Watch The Throne’ tour. NBD!

Most recently, Young Guru was apart of a very special NYC night with the Red Bull Music Academy’s Culture Clash. He, alongside Just Blaze, brought out a rolodex of guest stars to play a jukebox worth of hits that Young Guru was the lead engineer for many of. It was amazing to realize just how important this man’s work is to modern culture.

Young Guru absolutely slays it on Twitter. Y’all should absolutely give this man a follow, as he doesn’t tweet PR fluff. The man actually gives tech advice, engineering tips, and free remixes he has produced.

He is a true hip-hop head, does it for the love, and you all can catch this man live with us at The Bell House this Saturday.

Friends of The Rub – Boogie Blind 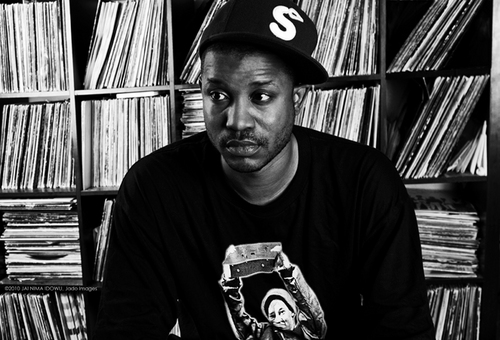 Boy, this month we bring in a true heavyweight in Harlem’s own Boogie Blind.

“We’ve played a bunch of parties with Boogie Blind over the years but this is his first time rocking our residency at the Bell House. As the protege of Roc Raida (RIP) and youngest member of the X-Ecutioners, he won the 2001 Vestax world championship and has been representing Harlem all over the world ever since, as Pharoah Monch’s tour DJ, and he’s a bad ass club DJ to boot.

If this doesn’t put a smile on your face, I don’t know what will: Boogie Blind’s tribute to Roc Raida, 2009″ – DJ Ayres

Here is a recent rehearsal mix from Blind, all 45s!

We could post videos of his routines all day, but here is his award winning routine in the 2001 Vestax World Championships:

Friends of The Rub – DJ Knife

Boston, represent! While we here in Brooklyn might not agree with you on baseball teams (Red Sox Suck!), one thing we know is that Boston always has a crop of incredible DJ’s. One of them is our guy DJ Knife.

“Every time we make it up to Boston, it’s a pleasure to get to rock with DJ Knife. A great DJ and an always hilarious dude to party with, Knife has been throwing Fresh Produce with DJ Tommee for about as long as we can remember. He just dropped the latest volume of his Strange Brew mix series. Scroll down to grab it and the first two volumes.” – DJ Eleven

We’re stoked every time he sends us a mix. They’re always terrific and make you wonder “Where the hell did he get that remix from?”

This one is hot off the presses:

Friends of The Rub – Sampology

This month we bring our talented pal Samplology back to The Rub. He originally played with us 2 years ago at Southpaw and was absolutely incredible. When we heard he was on a US/Canada tour, we knew we had to bring him back!

Hailing from Australia, Sampology has been a regular on the festival circuits for years now, bringing a style that blends audio and visual components together to really make him stand out from his peers. He’s a terrific turntablist who is always very clever with his transitions. His live show “Super Visual” is a combination of music and live video and is a real show-stopper. He’s also releasing an album shortly this month so we’re happy to have him come celebrate with us.

When we say he plays a huge live audio/visual show at festivals, this is what we mean:

He has a ton of mixes available on his website, but his Parliament Funkadelic mix is a great starting point for you:

He has an official remix just released for the artist Twinsy that you can download for free below:

Friends of The Rub – DJ Parler 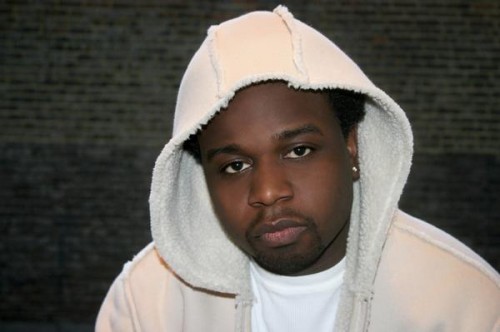 We’re geeked for our special guest this month as we bring out our dude DJ Parler!

“The homie DJ Parler grinds! Parler (pronounced par-lay) is a D.C. native, music industry vet (having worked in Artist Development at Universal/ Geffen Records & KOCH Records), tour DJ for Donnis & Kidz In The Hall, resident DJ at Brooklyn Hip Hop Festival and the Donuts Are Forever party, and owner of Up To Par Audio (www.uptoparaudio.com). His live sets never fail to destroy crowds, and he’s pretty much the nicest dude you’ll ever meet.” – DJ Eleven

He’s been at the head of the class when it comes to mixes for quite some time, so if you are unfamiliar with his work, take a dip into this mix “Where’s the Love” and you’re set. High quality stuff!

He’s probably most well-known for his SAMPLOLOGY Mixtape series that truly are some of the comprehensive mixtapes you’ll find. Started up in 2007, his Notorious B.I.G, J Dilla, and Nina Simone chapters are incredible listens all the way through. Luckily, he has them ALL available for a free download on his WEBSITE. 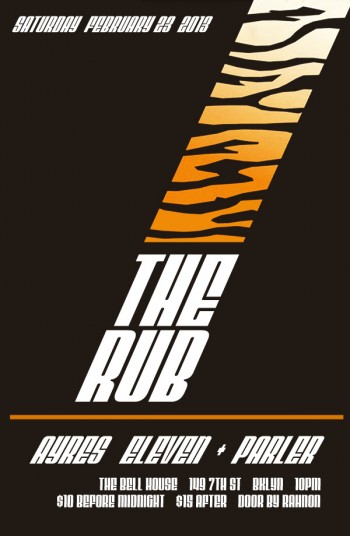 Happy Valentine’s Day everyone! We cannot think of anything better to help get you into the mood than showcasing our pal Neil Armstrong’s Sweeet 10 Year Anniversary Box Set. He recently stopped by The Rub and dropped a set off and we got to say, this is one of the more impressive sets we have ever seen. Full support!

DJ Neil Armstrong is one of the DJ world’s true icons based on his extensive work as a turntablist, mixtape savant, touring DJ, and global brand ambassador. He’s toured around the world with Jay-Z, played events at the 2008 Beijing Olympics, and basically made a life for himself doing what he loves. On top of that, he’s an all around good dude.

His 10 year Anniversary Box Set “Sweeet” is an incredible compilation of a series of mixes Neil has been releasing steadily for a decade. They are all must listens and truly are the perfect series for lovers or ex lovers to listen to. Just beautiful music to get down to. 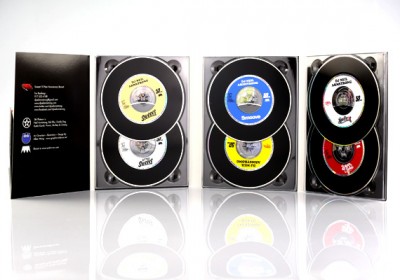 You should purchase this set, along with slipmats, control records, or t-shirts on Neil’s website HERE

He also released a teaser for a track he has on one of the mixes that is definitely worth a listen:

Follow Neil on TWITTER to stay in touch with him. If he is ever playing in your town, he is someone you have to see in person.

Friends of The Rub – DJ Steve1der 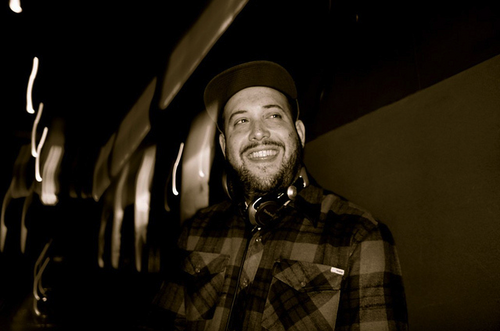 Very excited around these parts as this week we feature our special guest for this month’s Rub and good buddy DJ Steve1der. Residing in Los Angeles, Steve1der has been one of the more influential DJ’s and producers we know. The man seemingly always has his finger on the pulse of music, but what always strikes us is his unique track selection and mixing techniques.

Well-known around the club circuit, we look forward to bringing him to The Bell House for the first time this Saturday night!

Get to know a bit of his recent remix/production work below.

If you haven’t heard his mix celebrating Nate Dogg, you’re missing out on one of the best mixes around. This one gets constant play around these parts. So clever!

You can keep up with Steve1der on his TWITTER and FACEBOOK pages where he is often giving away free tracks and mixes.

Come out early Saturday night to catch one of the best in action in Brooklyn. Gonna be about the best way to start off the year we can imagine!

Friends of The Rub – DJ Wonder 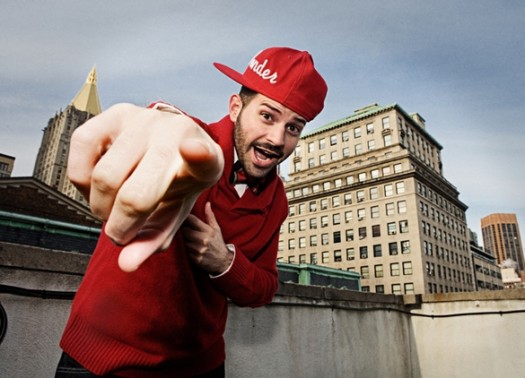 We are so excited to share the New Year’s Eve stage tonight with none other than our pal DJ Wonder. We know a lot of DJ’s, but this guy never stops working! Whether it’s mixes, gigs, or production, Wonder is always putting out material. He plays numerous mega-clubs in NYC (1Oak, Westway, Hotel Gansevoort, SoHo House, etc) while giving all working DJ’s a good name. If you don’t live in NYC, Wonder keeps a high profile as he mixes weekly on a radio show for Sirius Radio with Sway (yes that Sway) called “Sway in the Morning.” He is also one half of the group AnimalStatuS. Dude is legit!

Go to his website. Seriously, there is enough music to get lost in. Mixes come out multiple times a week and most of them are available for downloading.

His latest mix for the Christmas show is really good, and you can download it by following this link.

Come check out DJ Wonder and the rest of The Rub at the Bellhouse tonight! Keep up with him on his TWITTER and FACEBOOK pages.

Tickets for our NYE event are SOLD OUT. We will be selling limited tickets at the door (9pm) and tickets will be available after 1am tonight for $20.